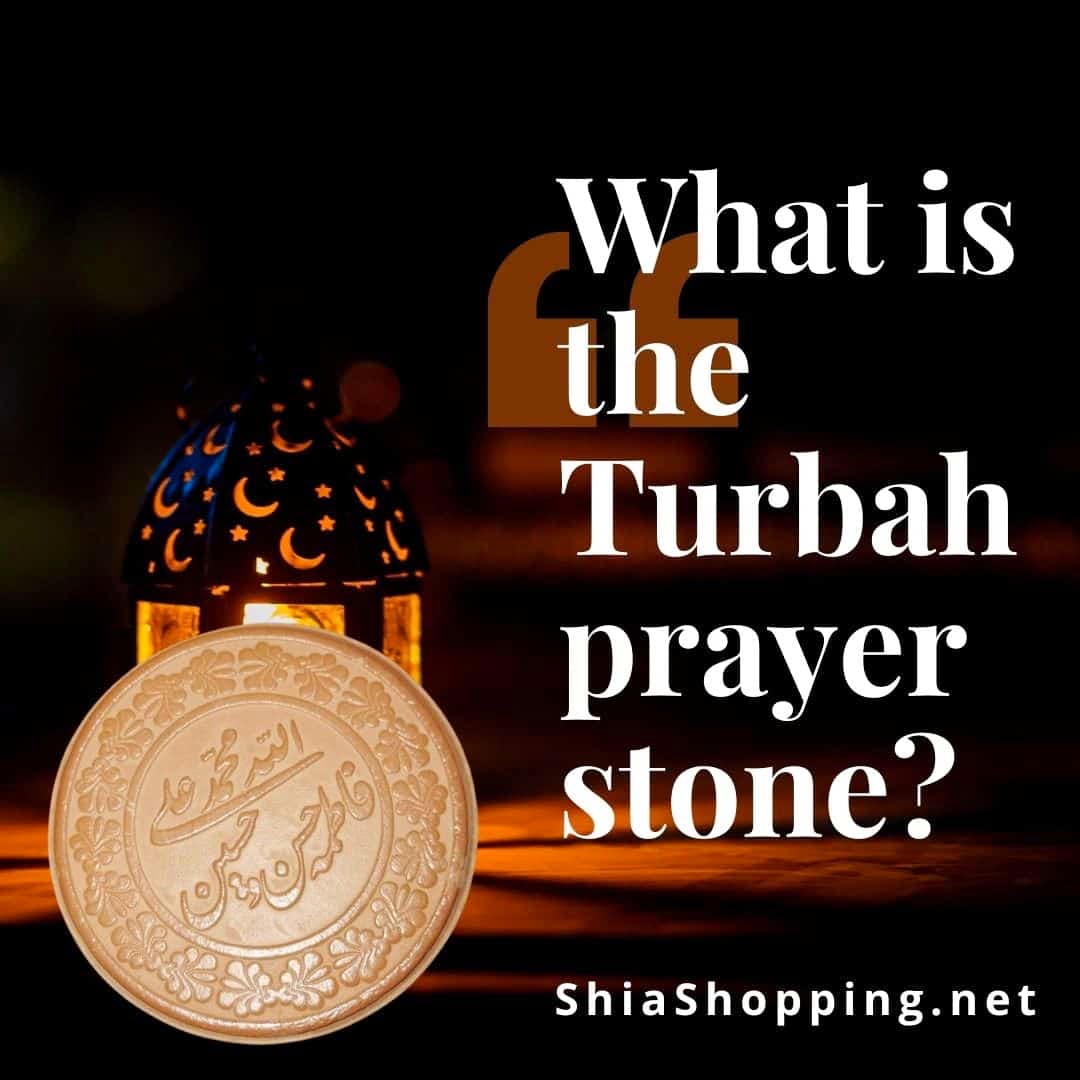 What is the Turbah prayer stone? Muslims around the globe like to pray on something natural rather than artificial things so the Shia Muslims choose to prostrate on this piece of soil. Sunni people use prayer mats to pray for cleanliness as cleanliness is a necessary for Salah. All Muslims know that Salaah is an important part of the religion Islam.

Turbah is also known as khaak-e-Shifa is a piece of soil, basically, a clay stone, used by Shia Muslims during salah. Clean clay of any kind can be used but most favoured is the soil of Karbala. Many benefits of Turbah have been told through Hadiths. For substitution, plants or items made from plants are used which are not edible.

Shiah symbolizes Turbah as the access to soil. According to Shia Fiqh, prostrating on Turbah is a commendable thing as it’s also considered Sunnah as Prophet Muhammad (PBUH), and his companions performed prostration on the soil. When it was extremely hot, they would put clothing on the soil.

Some Muslims negate this point of view as they think they are worshipping the stone which is not correct. They are worshipping only Allah, they use the piece of soil only thinking that this is clean and also from the place where Imam Hussain was martyred. Click here to learn more about What is the Turbah prayer stone?

You can buy Turbah from our website ShiaShipping.net. There are also various items present there such as books, souvenirs, wristbands, and other holy things. Turbah is on sale on this website and is one of the finest qualities. You can reach this website whether you are in the UK, US, EU, or NA. Just open the website and start shopping. You’ll get everything on your door.

Read a Shia-Sunni debate on Turbah below:

Sulaiman: What is the Turbah prayer stone and why do you Shias place a stone before you during the prayers and put your forehead on it during prostration (Sajdah)? It is said that Shias worship that stone.

Ja’far: How can the Shias worship a stone while you know very well that they confess to the Oneness of Allah the Almighty (Tawheed) and the Messengership of the Prophet (s.a.w.s.)?

We do not prostrate upon the one we worship, but we worship Him Alone. It is kept in the front to rest our foreheads.

And if what you say is correct why does the Shia Islamic law makes it compulsory for the worshippers to face the Ka’ba (Qibla) during prayers?

Also it is not a stone, it is dried mud, dried to a fixed shape easy to pick up and can be stored conveniently. Common people call it Turbah. All the Muslims consider it permissible to prostrate on mud and a dried piece of mud.

Sulaiman: Does it mean that Sajdah on anything other than turbah is invalid?

Ja’far: According to Shia jurisprudence a Sajdah is valid only if performed on one of the following substances:

All that is the part of earth, like soil, sand and marble.

All that grows out of the earth but not used for eating or dressing. For example, wood and palm leaves.

The above laws are based on the authentic tradition of the Messenger of Allah (s.a.w.s) and his purified household (Ahle Bayt [a.s.])

The Prophet (s.a.w.s.) said, “The earth has been appointed as a pure place of prostration (Sajdah).” The Messenger of Allah (s.a.w.s.) considered performing of Sajdah on other things besides earth to be detestable.

Yes. It is apparent from the traditions that Allah the Almighty permitted the Prophet (s.a.w.s.) and the Muslims to prostrate upon vegetation if it is not generally used for eating and weaving. So the Messenger of Allah (s.a.w.s) made for himself a Khumra. It was small piece knitted palm leaves.

I saw Allah’s Apostle prostrating on mud and water and saw the mark of mud on his forehead.

Maimuna said, “Allah’s Apostle was praying while I was in my menses, sitting beside him and sometimes his clothes would touch me during his prostration.” Maimuna added, “He prayed on a Khumra (a small mat sufficient just for the face and the hands while prostrating during prayers).

But the earth remains as the best alternative for prostrating and expressing ones submission to the greatness of Allah the glorified. And the Shia Muslims desire to do Sajdah on the earth that is the most blessed and glorified in the whole world. And that is the soil of Karbala, blessed by the presence of Imam Husain (a.s.)’s tomb. And then the soil of Khorasan (Iran) blessed by the tomb of Imam Ali Moosa-ar-Rida (a.s.).

And if the circumstances had allowed we would have had the Turbah of Makkah and Madinah too.

The turbah is considered to be (doubtlessly) absolutely pure and other surfaces may be of doubtful purity. Thus it is best to perform Sajdah on a turbah. And taking of mud from a blessed place is not an innovation in Islam. We see the faqih, Masrooq ibn Ajda (d. 62 AH). always carrying with him a piece of mud of Madinah, and he used to do Sajdah on it. As written in Ibne Abi Shayba’s book, “Al Musannif” in the chapter of ‘Those who pick up something from boat to do Sajdah.’ This tradition is related from two chains of narrators. Whenever Masrooq used to travel in a boat. He used to keep a lump of mud on which he did Sajdah.