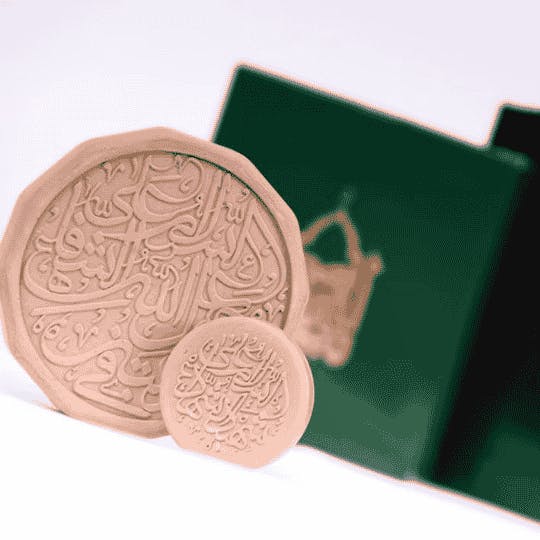 Prostrating on Turbah: In Islam, prostration is known as Sajda which is done to praise the glories of the only God in whom Muslims believe. Usually, Muslims prostrate on prayer mats while Shia Muslims use a small block of clay during prostration. It is ordered to clean yourself and the place before offering Salah. This block of clay with usually seal printed on it is known as Turbah used by Muslims as a sign of cleanliness. Earth is a pure and clean thing that in absence of water you can do ablution with the soil. It is known as Tayammum. Learn more about Importance of Turbah in Islam.

For Shiah, it is the best way of prostration if you do it with a piece of clay. As it is stated in a Hadith,

“Rub yourself by the earth because its pity/mercy for you, pity/mercy just like the kind mother have mercy for her children, verily you have been created from it, it is your livelihood (food) and to it, you will be buried after death”

You can take Turbah with you on travels so that wherever you are, you can prostrate on clean soil. At first, the soil of Karbala was taken by the Muslims of other places so that they could prostrate on it. Later, the people had a fear that it would be mistreated so it was made in form of a small solid block so that it would be easy to carry it anywhere without mistreating it.

Shia Muslims believe that it is a humbler way to prostrate on the soil rather than on a prayer mat. Prophet Muhammad (PBUH) also told his companions to remove turbans while praying so that their foreheads could touch the soil. Whenever he saw a man with a turban while praying, he used to remove the turban himself.

We hope you learnt about Prostrating on Turbah in Islam. If you are looking to buy Turbah Online with worldwide delivery and cheapest prices on the internet, click here.