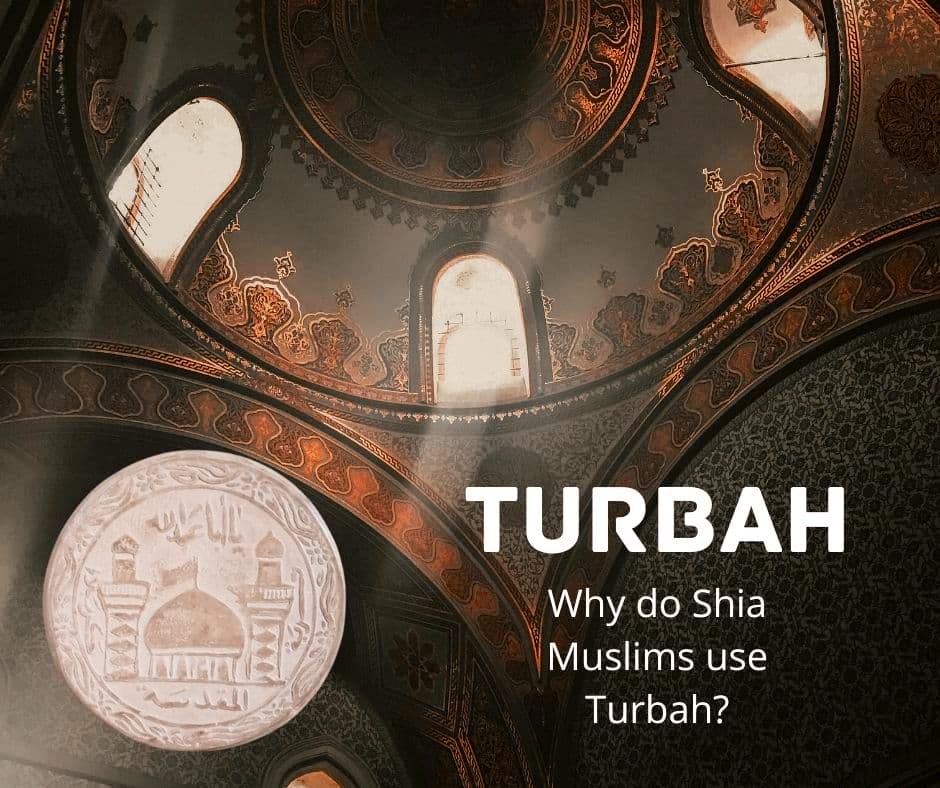 Why do Shia Muslims use Turbah?  Prophet Muhammad (PBUH) had stated in his life that Earth(soil) is Taher and pure and you can pray on it. Prophet (PBUH), his family, and companions used to pray on the earth(soil). That’s why it is Sunnah to pray on the soil. Many of his companions saw him prostrating in mud and water and saw marks of mud on his forehead.

Shi’a Jafari Fiqh stated, “Prostration must be performed on pure earth or what grows on it, provided that it is not eaten or worn.” Shiah prefers to prostrate on the soil of Karbala due to the importance given to it by Prophet Muhammad (PBUH) and other Imams. But with fear that it might be treated with disrespect, they made small tablets or pieces which are known as Mohr or Turba.

Some people think that Shiah worships the stones which are not accurate by any means. They only worship Allah like other Muslims in the world. Every Muslim practice worshiping in a clean and tidy place. Likewise, Shiah Muslims prays on a prayer mat with Turbah on it which symbolizes that they are praying on clean soil. We hope you learnt more about Why do Shia Muslims use Turbah?

You can buy Turbah from our website called ShiaShopping.net. If you are from USA, UK, EU or NA, you can purchase it easily. you can also buy some other products that you want to have. just visit our website and you can get wristbands, books, souvenirs, attar, tasbih, prayer stuff, etc. We have the finest quality things that you won’t see anywhere.

On this website, Turbah Karbala is on sale made with pure and finest soil from Karbala in Iraq. You can easily approach us from anywhere around the world and find many other things that you will get attracted to.